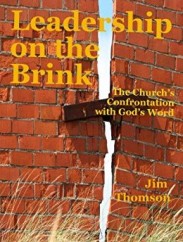 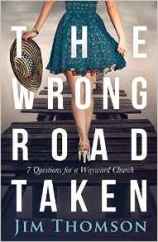 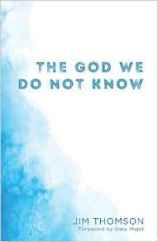 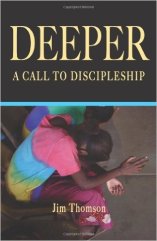 First, my intentions on this blog are to exalt the Christian God and edify and challenge believers. If I were to dive into the political swamp, although it might increase my readership, half of the people in my nation might be offended. In His ministry, Jesus didn’t do politics. He didn’t encourage anyone to oppose the Romans occupiers and rulers or take up arms against them. Jesus had a totally different agenda. He came to take away the sins of the world.

Jesus told us He would divide, but that division would be because of Him and nothing else.

“Do you think that I have come to give peace on earth? No, I tell you, but rather division. For from now on in one house there will be five divided, three against two and two against three. They will be divided, father against son and son against father, mother against daughter and daughter against mother, mother-in-law against her daughter-in-law and daughter-in-law against mother-in-law” (Luke 12:51–53).

Jesus said He would offend, but those offenses would be because of Him alone.

“So the honor is for you who believe, but for those who do not believe, ‘The stone that the builders rejected has become the cornerstone,’ and ‘A stone of stumbling, and a rock of offense.’ They stumble because they disobey the word, as they were destined to do” (1 Peter 2:7–8).

Second, politics may cause us to trust in people and damage our trust in God.

“Put not your trust in princes, in a son of man, in whom there is no salvation. When his breath departs, he returns to the earth; on that very day his plans perish” (Psalm 146:3–4).

On that note, third, I must maintain an eternal perspective in my life and on this blog. Christians are not citizens of the earth. They are citizens of heaven.

“But our citizenship is in heaven, and from it we await a Savior, the Lord Jesus Christ, who will transform our lowly body to be like his glorious body, by the power that enables him even to subject all things to himself” (Philippians 3:20–21).

Christians are just passing through and are strangers during our time here.

“These all died in faith, not having received the things promised, but having seen them and greeted them from afar, and having acknowledged that they were strangers and exiles on the earth” (Hebrews 11:13).

The United States of America or any other country will all soon come to an end. There is only one eternal ruler and one eternal government. Christians will be rulers in it.

“Worthy are you to take the scroll and to open its seals, for you were slain, and by your blood you ransomed people for God from every tribe and language and people and nation, and you have made them a kingdom and priests to our God, and they shall reign on the earth” (Revelation 5:9–10).

However, let me make it clear that I don’t reject nor do I condemn those who are worthily engaged in politics to bring about righteous government and oppose sin. It was the Pilgrims, later followed by William Wilberforce in England, who opposed the slave trade and were in the forefront of abolishing that awful trade in the 18th Century. If one feels that the Lord has called them to engage in politics, well then, may he or she succeed in their efforts to do good and stand against evil. May they walk in the light of God’s truth, as they do so. Nevertheless, I must be sure I don’t make their success the source of my hope and joy.

May the Lord direct our paths and give us peace as we seek Him.

1All Scripture quotations are from The Holy Bible: English Standard Version (2016). Crossway Bibles.